Former Milwaukee County Sheriff David Clarke is never one to mince words – just look at the response his office gave a reporter who questioned his security detail.

“’F--- you and the horse you rode in on.’ I’m David Clarke and I approve this message,” Clarke's office allegedly wrote back.

In the original inquiry, Bice rattled off a series of questions about the cost and rationale for Clarke's previous security detail.

“Fran McLaughlin said today that the sheriff’s office is ending the round-the-clock security detail at your house. I have a few questions for you,” Bice wrote on Sept. 13.

He went on to ask Clarke whether he agrees with the decision, whether the detail was a "wise use of taxpayer dollars" and whether he'll hire private security.

Bice previously had reported that Clarke’s detail cost taxpayers more than $220,000 in 2017, due to the “multiplicity of threats” against the controversial sheriff, an early supporter of President Trump.

The abrupt, to-the-point email was in response to questions last week from Daniel Bice, a “political watchdog columnist” for the Milwaukee Journal Sentinel. Bice posted an image of the exchange Wednesday on Twitter, in response to apparent public demand for a screenshot. 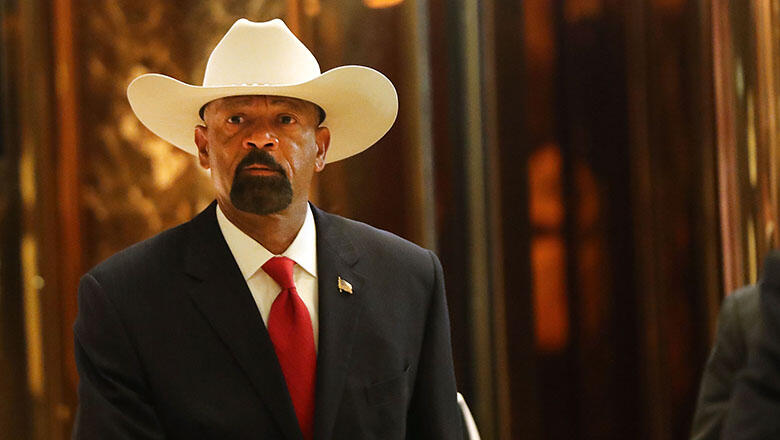