The U.S. Supreme Court could announce, the week of June 19, whether it will take up the case involving Wisconsin's legislative maps.

In many past years, the courts redrew the state Senate and Assembly lines because state government was split along party lines, but in 2011, Republicans had swept into power and did the job themselves. Critics sued, calling the new political boundaries unfair to Democrat voters.

WUWM spoke with attorneys on opposing sides of the legal battle - Ruth Greenwood of the Campaign Legal Center - one entity suing Wisconsin over the maps, and Rick Esenberg of the Wisconsin Institute for Law & Liberty - which defends the new districts.

Greenwood insists, this particular amount of partisan gerrymandering should not be allowed.

“The Legislature moved across the street to a private law firm, where they hold meetings in secret with a very small group of aids, where they drew the line purely for the advantage of the Republican Party. Even the Republican incumbents barely got a say in what was going on, and certainly the Democrats had no say, and then furthermore the public had no say. So, there was certainly this intent to create advantage for Republicans.

"The second part of our test looked at how effective they were. They were trying to get an advantage, and it turns out they really did get an advantage. We can show that. I think our experts said it would take a political earthquake in Wisconsin for you to actually get Democrats back in control of the house (Assembly.) Even though, in 2012, over 50% of the state voted for Democrat candidates, yet 60% of the Legislature ended up Republican.

"The third part of our test (explored whether there was) some justification for this. Were they trying to comply with county lines or, there is this argument some people (use) that Democrats are clustered in cities, so there is no possible way that you can draw a plan that is fair to Democrats. Well, in fact, we showed that there were multiple plans they could’ve drawn that would’ve treated both parties fairly, they just chose not to go with those plans,” Greenwood says.

What about that notion that the party in power wins, and everyone else just has to deal with it?

The complete story here > Opposing Views on Wisconsin's Redistricting Lawsuit, as US Supreme Court Decides Whether to Accept 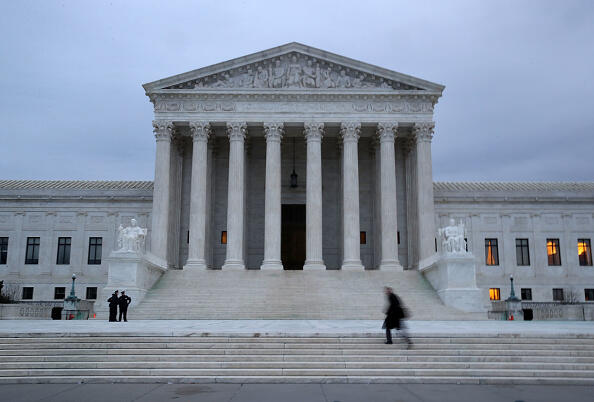