It's hard for any team to win back-to-back World Series and I have to admit as good as they are I had doubts about the Cubs ability to do so. But then this happened. Gravity was suspended for a key moment in Thursday's game against St. Louis, allowing a batter to safely reach first base on a dropped third strike.  Where does gravity come it? Well, watch the tape! The ball somehow stuck to the catcher's chest protector, giving the batter plenty of time to reach first before the catcher realized what had happened.  That batter ended up scoring a run, too!  The Cubs won the game 6-4. SEE THE PLAY AND READ ABOUT IT HERE 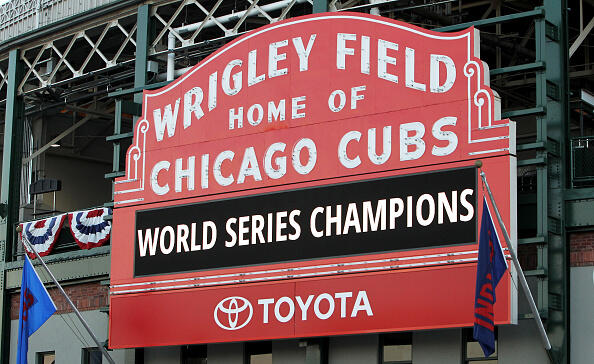