Did Trump really have the largest audience for an inauguration? The National Park Service no longer issues crowd estimates due to a controversy that stemmed from their estimates of crowds at the Million Man March in 1995, so there won't be a definitive estimate. The best way to get an idea of the crowd is to look at the pictures, but the same, misleading pictures keep circulating as definitive proof that people weren't too excited for Trump's inauguration, so let's take a look at some other pictures:  Here's the pics from Independent Journal Review 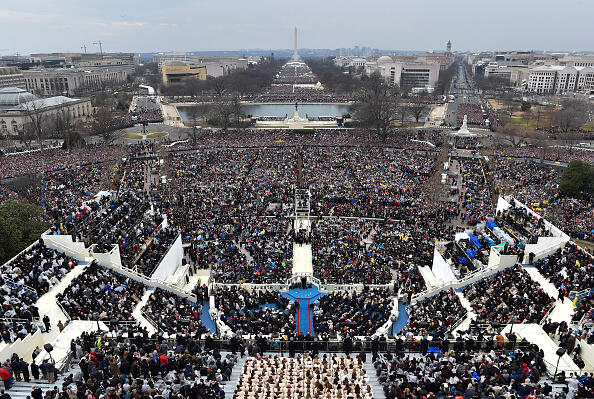