The Speech: President Trump, defying expectations that he would give a speech filled with concessions to the bitterly angry Democrats, gave a full-throated, detailed (and long) defense of his first year in office and offered a vision for the future. It was a bravura performance, one of the best in recent history.

In one of the better State of the Union speeches in recent memory, the first-time politician Trump pushed all the right buttons, and probably reminded a lot of people why they voted for him instead of his supposedly invincible opponent.

After hearing Trump demonized and vilified in the media for the better part of a year, average Americans were no doubt surprised to hear a confident president with an extensive resume of successes express his love, admiration and, yes, devotion to the country he plainly loves a great deal.

"Over the last year, we have made incredible progress and achieved extraordinary success.  We have faced challenges we expected, and others we could never have imagined," Trump said, very early in his speech. "We have shared in the heights of victory and the pains of hardship.  We endured floods and fires and storms.  But through it all, we have seen the beauty of America's soul, and the steel in America's spine."

We don't know for sure how average Americans viewed his speech. But we do know that it was the kind of speech that Americans like. It was clear and plain-spoken. His ideas were based on common sense and normal American decency, not weird ideologies that bear no relevance to every-day American life.

The complete story here > Speaking From The Heart, Trump's Speech Was All Democrats Feared It Would Be 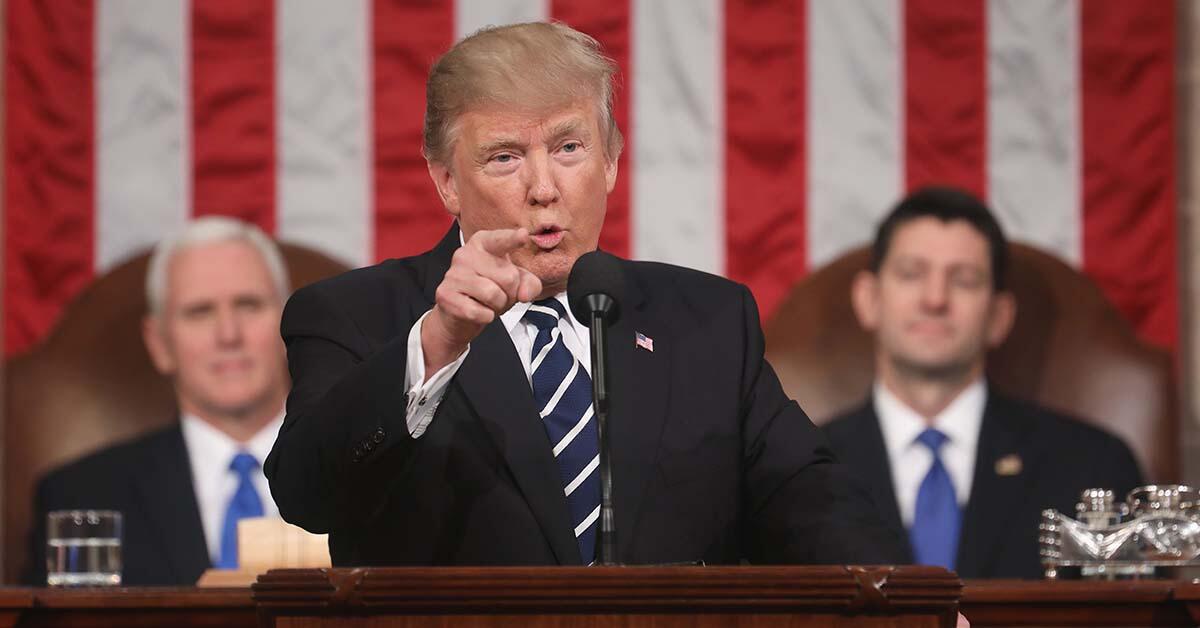