via Politico by  EDWARD-ISAAC DOVERE

But going into a midterm election that should be the Democrats’ to lose, the DNC is still struggling to bring its factions together and assert itself. Throw into the mix powerful super PACs, the much-better-funded party committees focused on Congress and governors, and more independent voters than ever, and many wonder whether the DNC has a place at all anymore.

“I knew it was a turnaround job when I ran, but I undeniably underestimated the depth of the turnaround job. We had to rebuild almost every facet of the organization, and equally importantly, we had to rebuild trust,” Perez said in a recent interview at party headquarters. “Not just people who had invested in the DNC, but others — they just felt the party had let them down.”

It’s hard to overstate the scale of his task. The DNC has become every frustrated Democrat’s favorite piñata, and a symbol of everything that went wrong in 2016. Sanders-Clinton hostilities have taken on a new form: The tension now is over whether Sanders should hand over his massive voter list to the committee, as Perez has asked, and whether the committee has gone far enough to overhaul internal rules that Sanders forces are convinced rigged the nomination for Clinton. Neither side is satisfied, and words like “crazy,” “still doesn’t get it” and, in one case, “Judas” are tossed around to describe people in the opposite camp.

The complete story here > 'I undeniably underestimated the depth of the turnaround job,' the Democratic Party chairman says. 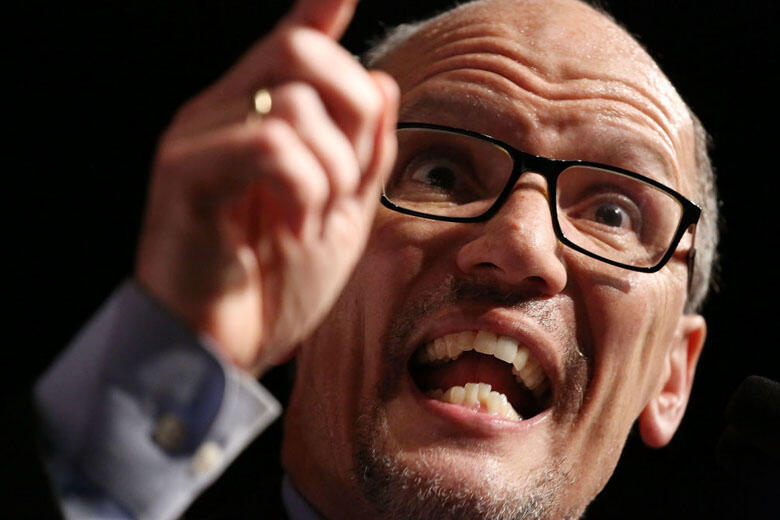