Tax Cuts and Jobs Act Bonus Ticker: At least 1,003,547 Americans (and counting) will receive special bonuses from their employer thanks to tax reform

"Just five days into 2018 the Tax Cuts and Jobs Act has changed the nation for the better. American companies are raising wages, paying bonuses, expanding operations and increasing 401(k) contributions. This growing list will be updated daily at www.atr.org/list" -- ATR president Grover Norquist

“We are very appreciative of all AAON employees and want to commemorate the passing of this historic, economy-stimulating tax reform law. While most employees are shareholders of the company and benefit as a result of the new tax law, we felt it appropriate to provide a more direct recognition of their importance to AAON’s future success.” -- CEO Norman H. Asbjornson

“Congress, working closely with the President, took a monumental step to bring taxes paid by U.S. businesses in line with the rest of the industrialized world. Tax reform will drive economic growth and create good-paying jobs. In fact, we will increase our U.S. investment and pay a special bonus to our U.S. employees.” – Chairman and CEO Randall Stephenson

“The bonuses are possible due to the company's robust financial performance in 2017 and strong confidence in the growing U.S. and global economy now that the Tax Bill has passed.” – AccuWeather press release

"We are pleased that these tax reforms provide Aflac with an opportunity to increase our investments in initiatives that reflect our company values; providing for our employees in the long and short term, ensuring future growth for our company and giving back to the community." -- Aflac Chairman and CEO Dan Amos

“Recent tax reform has received much publicity. While the company does not yet pay cash taxes due to our enormous losses in the past, there is no doubt that our country’s new tax structure will have positive long-term benefits for American. We will be able to invest even more in aircraft and facilities, and we will be able to do so with even greater confidence about the future. As we analyze those potential future benefits, our leadership team, backed by our Board of Directors, considered how a portion of that positive impact might be directly shared with the very people who produce the profits at American—all of you.

We are pleased to announce that in light of this new tax structure and in recognition of our outstanding team members, American will distribute $1,000 to each team member (excluding Officers) at our mainline and wholly owned regional carriers. These distributions will total approximately $130 million and will be made in the first quarter of 2018.” – American Airlines press release

“President and CEO Mark W. Jaindl stated, “Beginning in 2018, we expect to see benefits from the recent tax reform due to lower corporate tax rates.  As we celebrate the holiday season and prepare to close out another year of growth at American Bank, the Board of Directors and senior management want to give back to our team members who are directly responsible for our success.”

Mr. Jaindl continued, “We expect the actions taken by Congress and the President will have a material positive impact on growth throughout the country.  As a result, we anticipate our hiring efforts will increase in 2018.” – American Bank press release

“Today, Congress passed the tax reform bill; our company will be taxed less because of it. Since we will now be taxed less, I wanted to take this opportunity and utilize this financial benefit to give back to each of you, our teammates, by directly impacting your paycheck in the form of a bonus!” -- Americollect President and CEO Kenlyn T. Gretz

"We are very happy to share with our valuable team members some portion of the benefits Aquesta will realize by the enactment of Tax Reform. Decreased tax rates will allow Aquesta Bank to continue to grow by accelerating lending to small businesses and hiring additional team members to help with that growth.  While almost all of our employees will also pay lower taxes in 2018 due to this new law, we felt that immediate recognition of their importance to Aquesta would send the right message: our people are what makes Aquesta different." – Aquesta President and CEO Jim Engel

Associated Bank – $500 employee bonuses (exact number receiving bonus unknown at this time); base wage will rise from $10 to $15 per hour

“[Associated Bank President and CEO Philip B.] Flynn said the new tax legislation, particularly the reduction in business tax rates, allowed the company to share some of the benefits with its employees. It also helps position the company to further enhance the customer experience and its community investments in the future.” – Associated Bank press release

“In appreciation of your significant efforts, the Company will be providing a special one-time bonus payment to all full-time flight and ground staff employees below the officer level. We are pleased to offer this bonus to our flight crew employees as the Union is in agreement. This bonus will be funded by a tax refund that the Company expects as a result of the newly enacted U.S. tax law.

The $1,000 bonus will be provided in early January and is subject to applicable federal, state and local withholding taxes.” – Atlas Air Worldwide CEO William J. Flynn in a letter to employees

ONE MILLION Americans (and counting) will receive tax reform bonuses 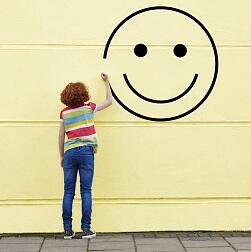