Early this morning, the Guardian reported on the contents of a new book by journalist Michael Wolff. According to the paper’s story, Steve Bannon spoke to Wolff on the record about his experiences in the Trump campaign and the Trump White House, and he sounded more like a member of the #Resistance than the president’s former chief strategist.

According to Wolff, Bannon called Donald Junior’s now-infamous June 2016 meeting with a Russian lawyer in Trump Tower “treasonous” and “unpatriotic.” He said that Trump Jr. should have “called the FBI immediately” after the Russians first made contact. He also speculated that Trump knew about the meeting, declaring in typical Bannon language that “the chance that Don Jr. did not walk these jumos up to his father’s office on the 26th floor is zero.” And he speculated that the Mueller probe would focus on money laundering, predicting that “they’re going to crack Don Junior like an egg on national TV.”

It didn’t take long for President Trump to respond with one of the most blistering statements of his presidency so far. 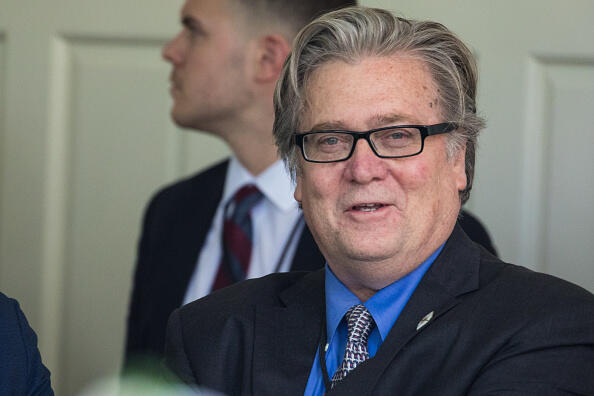