via The Washington Times by  Jessica Chasmar

Without naming names, the host of MSNBC’s “Hardball” told a crowd at Florida’s Miami Dade College that past comments made by Mr. Obama and Mrs. Clinton had alienated white working Americans.

“Ever since we started this Archie Bunker thing in the early ‘70s, making fun of white working people, we kissed them goodbye,” Mr. Matthews said in a C-SPAN clip flagged by The Washington Examiner. “You make fun of people, you look down on them, they get the message. You call them ‘deplorables,’ they hear it. You bet they hear it.

“You say they cling to their guns and religion? ‘Oh yeah? I cling to my religion. OK. I’m a little person, and you’re a big person. Thank you, I’ll be voting for the other guy this time,’” he said.

Mrs. Clinton, the former Democratic presidential nominee, famously outraged conservatives during the 2016 race when she declared that half of Mr. Trump’s supporters belonged in a “basket of deplorables.” Similarly, Mr. Obama infuriated the right when he criticized working-class Midwest voters as “bitter” Americans who “cling to guns or religion or antipathy to people who aren’t like them or anti-immigrant sentiment or anti-trade sentiment as a way to explain their frustrations.”

Mr. Matthews criticized his fellow Democrats while promoting his new book, “Bobby Kennedy: A Raging Spirit,” telling the crowd that he admired Robert F. Kennedy’s genuine empathy and ability to relate to the everyman.

“If Bobby Kennedy and your spirit is running against Donald Trump this year, you got a good candidate,” he said. 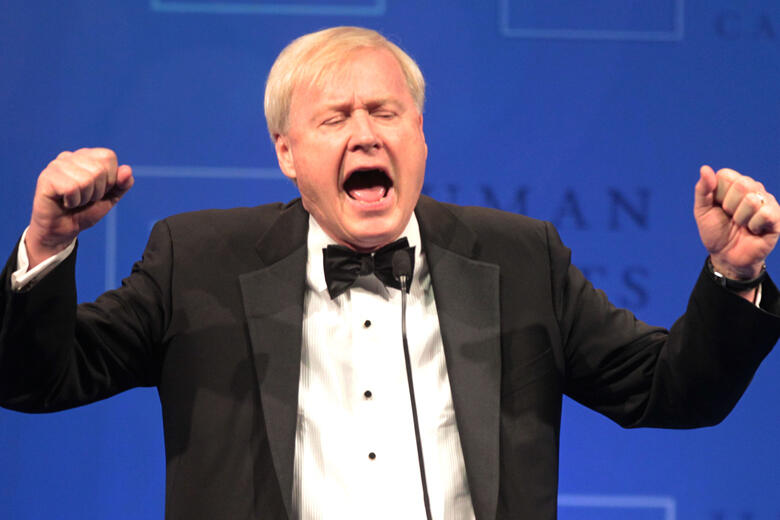