via the Politico by JEFF GREENFIELD

Are liberals having a moral awakening? Watching the political contortions of Republicans to defend a candidate accused of sexually molesting teenage girls, Democrats and liberal pundits are reckoning publicly with their own history of fervid rationalizations on behalf of a recent president. But this should be just the beginning of a painful re-examination.

This new consciousness was glimpsed first in a tweet from MSNBC’s Chris Hayes, a commentator of stoutly progressive persuasion. “As gross and cynical and hypocritical as the right's ‘what about Bill Clinton’ stuff is,” he wrote, “it's also true that Democrats and the center left are overdue for a real reckoning with the allegations against him.”

It was glimpsed in passing in a New York Times editorial, Ground Zero of conventional liberalism. “Remember former President Bill Clinton, whose popularity endures despite a long string of allegations of sexual misconduct and, in one case, rape—all of which he has denied,” it said.

David Remnick, editor of the New Yorker, where coastal elitism is a badge of honor, acknowledged the elephant in the room this way: “That so many women have summoned the courage to make public their allegations against Weinstein, Bill Cosby, Roger Ailes, and Bill O’Reilly—or that many have come to reconsider some of the claims made against Bill Clinton—represents a cultural passage.”

And in full-throated, unvarnished form, it appeared in a piece Monday in The Atlantic by the redoubtable Caitlin Flanagan, who is unbound to any specific ideology. In a piece titled, “Bill Clinton—The Reckoning,” Flanagan pointed not to the Monica Lewinsky story, nor to Gennifer Flowers, nor to any other story of consensual behavior, but to a darker series of stories from as far back as 1978. 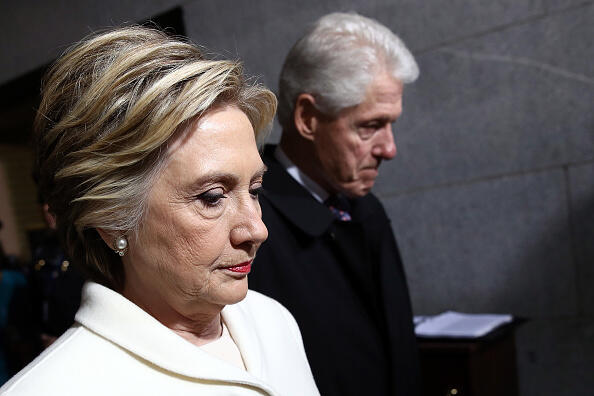