via CNBC by Jake Novak

Less than a week ago, the world seemed to be on the edge of a nuclear confrontation or at least a bloody military conflict in East Asia.

What a difference a few days make.

After a weekend filled with a series of conciliatory statements from China, some of them downright surprising, the situation with North Korea seems to be less tense right now, which could be construed as a major win for the Trump team.

To be specific, the big move came Monday as China agreed to ban imports of North Korean iron, lead, and coal as part of new U.N. sanctions on Pyongyang. That's hitting Kim Jon Un's regime where it hurts.

But there was also the statement in the Chinese-run state newspaper Global Times on Friday that said that if North Korea attacks the U.S., China should remain neutral. In other words, they'd be on their own.

And there was even calming talk from this side of the Pacific. In a jointly-written editorial in Monday's Wall Street Journal, Secretary of State Rex Tillerson and Secretary of Defense James Mattis both insisted the Trump administration is not seeking regime change in North Korea and wants a diplomatic resolution to this dispute.

While these developments do not fully constitute a real solution to the potential threats North Korea's nuclear and missile programs pose to the region and the world, everyone's nervous meter seems to have gone down several notches.

Even the stock market is staging a recovery rally based on the developments. Sure, most of this relief is based on words. But wasn't it just President Donald Trump's words about how North Korea faced "fire and fury" from the U.S. that caused all the jitters and Thursday's big market selloff in the first place? 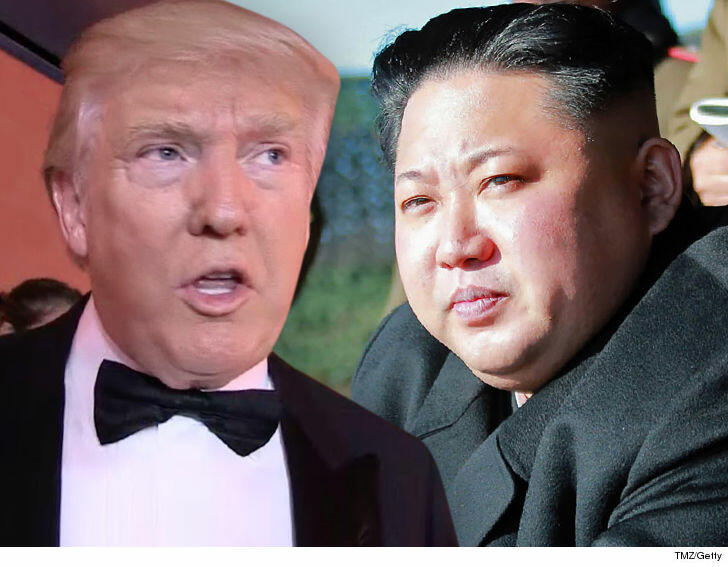