Loretta Lynch, President Obama's last attorney-general, used a secret email address for official business under the name Elizabeth Carlisle, it has been revealed.

Lynch used the account to discuss her notorious meeting on a plane with Bill Clinton while his wife's own email scandal was being investigated by the FBI.

The disclosure is the latest blow to the reputation of the woman who had once been the country's most senior law enforcement official.

She had to step aside from deciding on whether to charge Hillary Clinton with breaking the law for having her secret server in alleged breach of national security law because of her meeting Bill Clinton on her private plane in Phoenix, Arizona.

That was followed by James Comey, the sacked FBI director, revealing in devastating testimony to the Senate that she had ordered him to call the Clinton investigation a 'matter'.

Lynch has issued no statement since Comey's evidence under oath and is now facing calls from Republicans to be the focus of a special counsel investigation into the 2016 election.

It would be separate from Robert Mueller's probe into allegations the Trump campaign colluded with Russia.

The latest twist in the Clinton scandal was revealed as hundreds of pages of Department of Justice documents were published after legal action by the conservative campaign groups Judicial Watch and the American Center for Law and Justice.

It is not illegal for government officials to use a pseudonym, as long as their records are preserved. 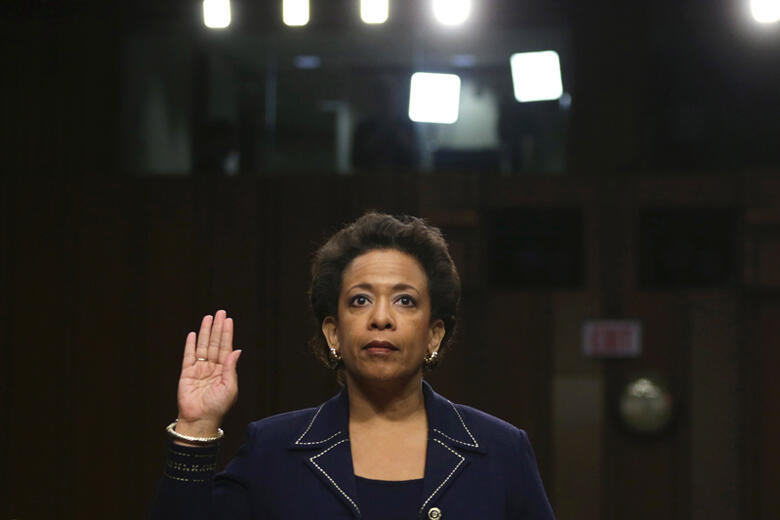