via The Chicago Tribune by Editorial Board

Illinois recently got a humiliating rejection notice from Foxconn, the Taiwanese tech giant. Foxconn picked Wisconsin over struggling Illinois and other states for the proposed site of a $10 billion LCD panel factory that will employ up to 13,000 people. These mega-projects don't happen every day, so Foxconn's decision hurts because job growth is the only way to solve Illinois' fiscal crisis: More jobs means more tax revenue.

What really stings, though, is how the winning site is just across the state line in southeast Wisconsin. It's as if Foxconn settled on the Midwest as a location and then decided: We want to be as near as possible to Illinois without actually being there.

Foxconn Chairman Terry Gou gave an interview to Steve Jagler, the business editor of the Milwaukee Journal Sentinel. Gou gave Jagler eight reasons why Foxconn chose Wisconsin. Two of them were — literally — proximity to Illinois: First, Wisconsin is conveniently located in the central U.S., "close to Chicago, a global hub," the Journal Sentinel reported. Second, Wisconsin has the transportation and logistics to accommodate Foxconn's growth, and is ... near O'Hare International Airport. Feel free to smack your forehead.

The complete op-ed piece here > Editorial: The next Foxconn and Illinois: Here's why Wisconsin will be the state growing more taxpayers 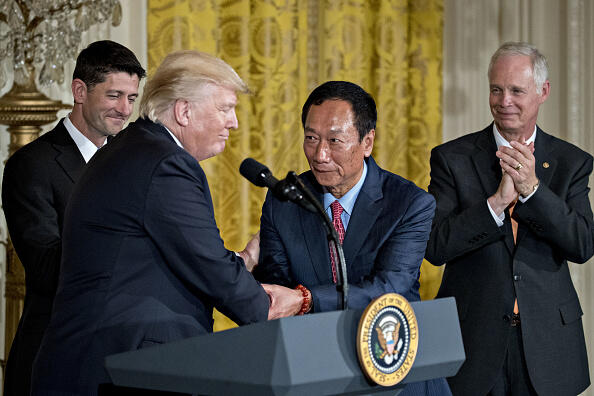