via Fox News by John Fund

If President Trump wants to fulfill his repeated promise to end ObamaCare, his best course of action is a radical change in tactics that would hit members of Congress where it hurts – in their wallets. The 55-45 vote Wednesday by the Senate rejecting a straight repeal of ObamaCare makes it clear that the president needs to try something new.

With a mere stroke of his pen, President Trump could end the exemption that President Obama gave members of Congress and their staffs that makes them the only participants in the ObamaCare exchanges to receive generous subsidies from their employer (the American people) to pay for their health insurance. Nothing would better focus Congress’ attention on changing ObamaCare than being trapped in it just like other Americans.

When Vice President Pence was asked about the special exemption for Congress by Fox News’ "Tucker Carlson Tonight" on Wednesday, he lamented that it was “pretty typical” for there to be “one set of rules for the American people and another for the political class here in our nation’s capital.” But he wouldn’t be pinned down over whether the Trump administration would act: “It would be (President Trump’s) decision to rescind that special treatment for members of Congress and their staffs,” he told Carlson

Well, it’s about time. Ending the special perk funded by taxpayers may represent the only leverage President Trump has to fulfill his promise to repeal ObamaCare.

The complete story here > How Trump can win the ObamaCare fight: End the "friends and cronies" exemption for Congress 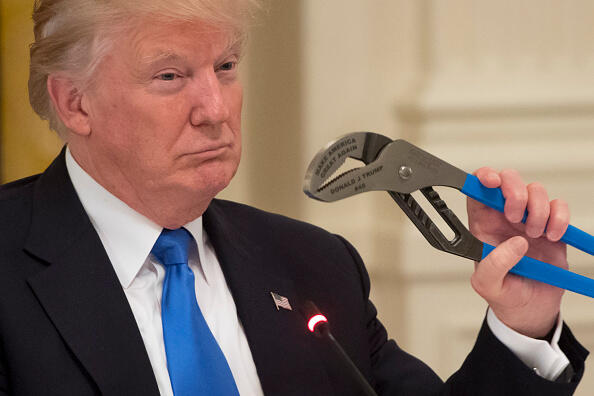