When federal officials arrested Rep. Debbie Wasserman Schultz's IT aide, Imran Awan, as he tried to flee for his native Pakistan, it was the latest twist to an already twisted scandal involving several House IT workers who possibly stole highly sensitive information from several Democrats. Stranger still has been the Democrats' nonresponse to this unfolding scandal.

Back in February, the Capitol Hill police opened a criminal investigation into Awan and four other House employees who provided IT services for several Democrats, including those serving on the House intelligence, foreign affairs and homeland security committees.

Investigators were looking into whether these employees, who had access to emails and official documents of dozens of Democratic lawmakers, had stolen equipment and sent information to an off-site server. The police immediately shut off their access to the House network.

From there, the story got weirder with every new revelation.

It turned out that the other four being investigated were relatives of Awan — two brothers, his wife, and a sister-in-law. Then we learned that Awan's bothers owed money to a Hezbollah-connected fugitive, and a friend of Awan's had been working at McDonald's before getting hired as an IT professional by Congressional Democrats.

What's more, they were pulling down unusually large salaries of around $160,000, according to the Daily Caller, which is the only news outlet that has been actively pursuing this story. Together, Awan and his family raked in $4 million between 2009 and 2016, the DC reported, for what at times appeared to be "no show" jobs.

Then, a month after the investigation was made public, Awan's wife took her children out of school and fled the country for Qatar. Earlier in the year, Awan wire transferred $283,000 to two people in Pakistan. More recently, the FBI found smashed hard drives and other equipment at Awan's home.

How these people were able to get high-paying, highly sensitive jobs with dozens of House Democrats over the years is a mystery.

Then there's Schultz's odd reaction to these events. After learning of the investigation, Schultz kept Awan on her payroll. In fact, she didn't fire him until this Tuesday, the day after he was arrested at the airport. 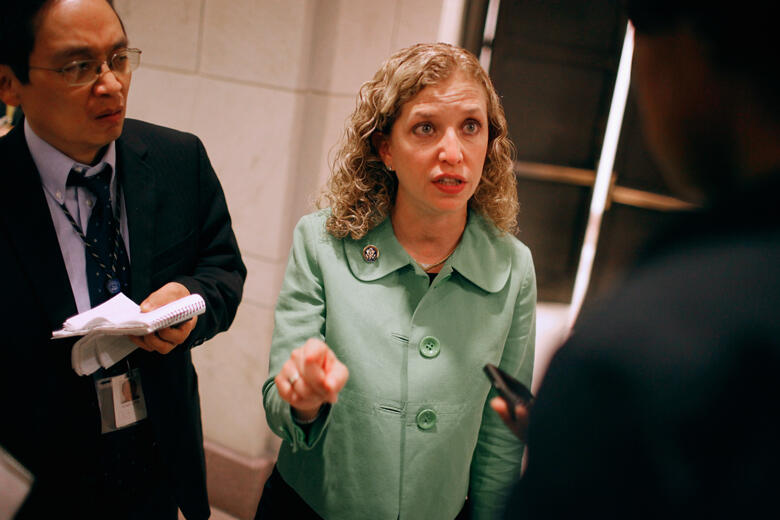