via RealPolitics.com by Ian Schwartz

Outgoing White House press secretary Sean Spicer is interviewed by Sean Hannity after deciding to step down from his post. Spicer said his "offer" to resign to make way for incoming communications director Anthony Scaramucci was in the "best interest" of the administration.

Spicer also had harsh words for the media of the "click bait mentality" among reporters."I was increasingly disappointed in how so many members of the members here in the media do their job, or rather, don't do their job,"

Spicer said Friday on the FOX News Channel. "The bias which they come from it at. And as I mentioned a while ago, I think that there's become a very click bait mentality among a lot of reporters where they're more interested in their clip or their click than they are about the truth and the facts.""I don't want to paint everybody with the same broad brush," Spicer said to Hannity. "But I do think that you're very accurate in terms of the majority of folks that are now in this -- in the briefing room, that are going into journalism.

They're not there for the facts and the pursuit of the truth. Rather, they're trying to figure out, how do I get on TV, how do I become a YouTube star. And that's disappointing.""It's about being right, in trying to get the facts, and get the story right, and inform the readership or the viewership. And there are some reporters that do that. But by and large, we're seeing more and more where it's about the clip or the click," 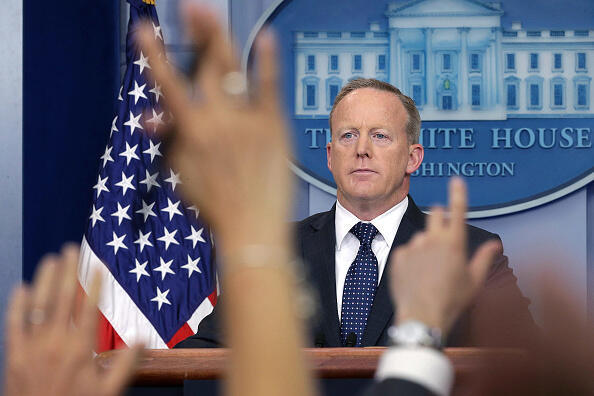