An official with the Nebraska Democratic Party was fired Thursday after an audio recording surfaced of him saying he was glad House Majority Whip Steve Scalise, R-La., was shot last week.

"His whole job is to get people, convince Republicans to f***** kick people off f****** healthcare," said Phil Montag, a technology chairman with the state Democratic Party. "I hate this mother*****. I'm glad he got shot."

Nebraska Democratic Party Chairwoman Jane Kleeb, who confirmed the voice on the recording was Montag's, said he was fired.

"We obviously condemn any kind of violence, whether it's comments on Facebook or comments in a meeting," Kleeb told Nebraska's Fox 42 KPTM. "Our country is better than the political rhetoric that is out there from both the far right and the far left."

Scalise suffered a gunshot wound to his left hip after a gunman opened fire on a group of Republican lawmakers, lobbyists and congressional staffers practicing for the annual congressional charity baseball game.

Doctors said the bullet caused damage to Scalise's bones and internal organs and caused severe bleeding. He was at "imminent risk of death" after the shooting, doctors at MedStar Washington Hospital said last week. Since then, Scalise's condition has improved, and he was listed in fair condition Wednesday. 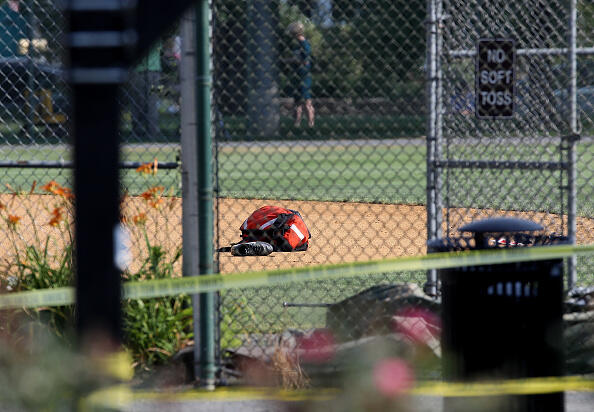