via Politico.com By SUSAN B. GLASSER

Donald Trump is “unfit for office,” a president whose actions are often “absolutely crazy” and whose White House has “a complete disregard for the truth.” His firing of James Comey as the FBI director was overseeing an investigation of Russian interference in the 2016 campaign and whether Trump’s advisers colluded with it amounts to “close to an obstruction case” against the president.

But, says John Podesta—the sharp-tongued campaign chairman for Hillary Clinton whose 60,000 hacked emails are at the heart of that FBI investigation into the team of the man who defeated them—don’t expect impeachment proceedings anytime soon.

Republican congressional leaders Paul Ryan and Mitch McConnell have chosen to “Velcro their own political fate” to Trump’s and won’t pursue allegations against the president of their own party unless forced to do so by a 2018 midterm election debacle or further revelations. “It is clear to me that Republicans on Capitol Hill are not going to begin to turn on him at this point,” Podesta says.

His scathing comments about a presidency in crisis—and the Republicans who “enable” Trump—came in an exclusive new interview for The Global Politico about Clinton’s shocking election defeat and the still-unfolding investigations swirling around Russia’s role in it. The wide-ranging conversation covered everything from infighting on last year’s Clinton campaign (“if those 70,000 votes had gone differently in Pennsylvania, Wisconsin and Michigan, … we would have all been geniuses”) to Watergate comparisons (unlike Trump, “Nixon, for all his flaws… was a serious person”) to why Clinton lost and whether her new PAC means she’s running for president again (“quite frankly, she’s done with that”).

But most of the hour-long interview consisted of Podesta’s most extensive comments yet on the last two dramatic weeks in Washington that began with Trump’s firing of Comey and ended with Trump departing for his first foreign trip even as a special counsel, former FBI director Robert Mueller, was named to oversee the widening probe. 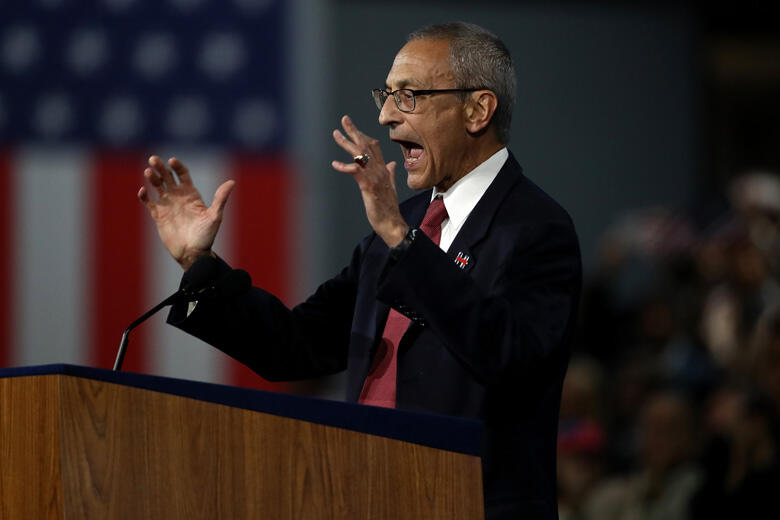