“There are roughly 200 vehicles down there at last count, ranging from cars and pickups to rental trucks,” George Kuntz, vice president of the North Dakota Towing Association, told Western Wire. “We’re going to have a very drastic situation trying to keep these vehicles from getting into the river — what everybody’s been trying to protect from Day One.”

The vehicle estimate is more than double the original count by local officials, who have aided the Standing Rock Sioux in hauling off tons of garbage scattered across U.S. Army Corps of Engineers land at the former Oceti Sakowin camp, the largest of the pipeline protest encampments.

“We can’t leave them (the vehicles) there. We don’t know what kind of biohazard is going to be produced with all the fluids or any other garbage that’s inside the vehicle,” Mr. Kuntz said.

The irony of the anti-pipeline movement’s “water protectors” leaving behind a fossil fuel mess isn’t lost on local officials like Rob Keller, spokesman for the Morton County Sheriff’s Department. 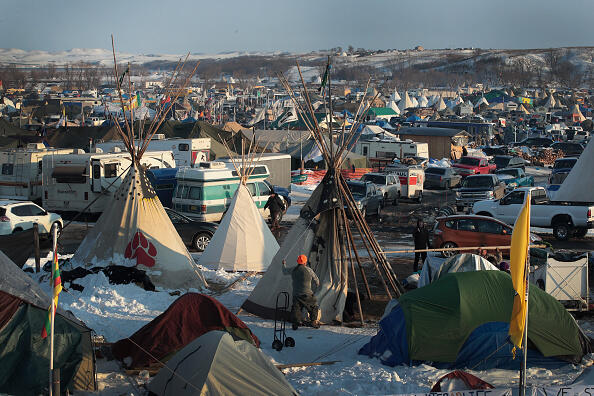